Exercise and the Brain 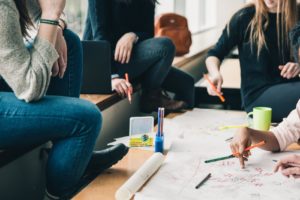 Exercise and the Brain – mental wellness, performance and cognition

To all the studious young minds out there… this one’s for you!

It’s now fairly well accepted that the positive effects of exercise for your physical health are undeniable. Perhaps you’ve even heard of its positive effects on mental health. Yes, we are going to talk about this, and more! The growing list of reasons to exercise now include increased cognitive functioning.

So, is exercise now a justifiable study procrastination option as it’ll actually increase your learning and academic performance?

Exercise as a stress relief and self-esteem booster.

Let’s start with the ‘feel good’ reason to exercise!

We know that study is stressful! Luckily, we have reason to believe that exercise and physical activity may provide you with some relief to this. The existing studies indicate that exercise is effective in relieving symptoms of stress, anxiety and depression (Wipfli, Landers, Nagoshi & Ringenbach, 2009).

There appears to be a positive effect of exercise on self-concept, self-esteem and self-efficacy, which in turn reduces the unpleasant feelings associated with anxiety and depression. Perhaps a more compelling argument is that exercise increases serotonin production. Serotonin is the hormone responsible for feeling ‘happy’. Not only this, but it also increases your receptors efficiency in using serotonin in your body, meaning that the hormone is actually being expended (Wipfli et al., 2009).

Acute and Chronic Effects of Exercise on Cognition

A theoretical review of exercise on executive functioning has had some exciting finds.

Guiney & Machado (2013) did a review of studies conducted, that looked at exercise in healthy populations. They looked at the acute (immediate) effects of exercise and found that exercises that were repetitive in movement, and required little skill, reliably improved mood states and cognitive performance. As well as improvements in speed of information processing, executive functioning and response accuracy. Long term exercise of the same repetitive, low skill nature found the brain underwent structural and functional changes. This could possibly be explained by the improvement of blood flow long-term and oxygen delivered to the brain during and after exercise.

So, it’s time to get exercising and get studying!